Last week, Inspire Summit took place at Bridgewater Hall in Manchester. Hundreds of people working in construction, engineering and housing, as well as students and apprentices, attended to hear from industry leaders about how to attract and retain more women in the sectors, as well as how to address the skills shortage.

As the construction PR and marketing partner, Unhooked Communications oversaw the media relations, social media and some of the content creation for Inspire Summit. This included broadcast opportunities with BBC Woman’s Hour and BBC Radio Manchester, as well as regional and trade media opportunities. You can listen to the BBC Woman’s Hour interview with Inspire Summit keynote speaker, Barbara Res, here. 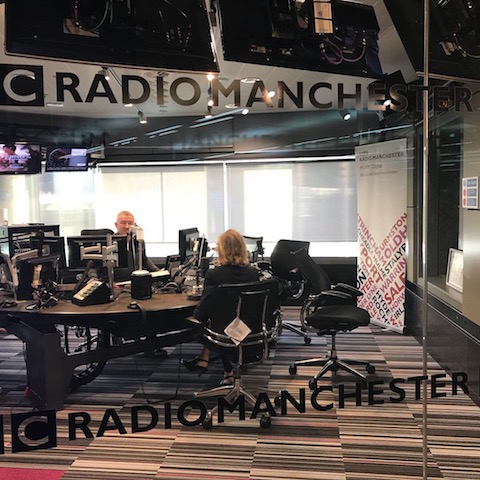 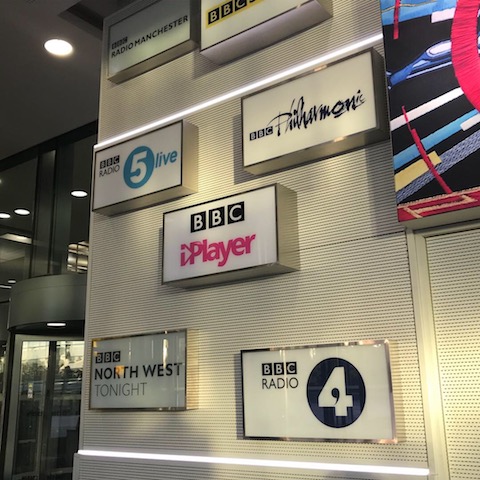 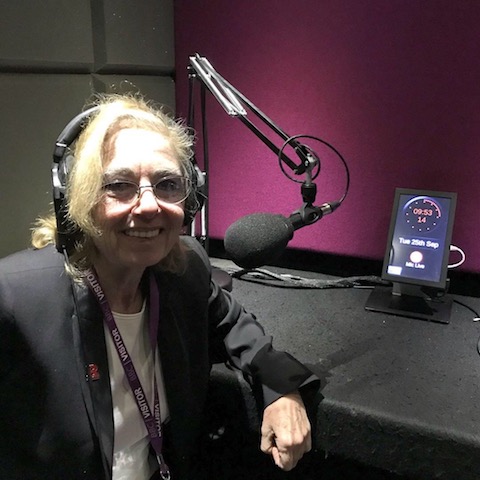 It was fascinating to spend time with Barbara Res at MediaCity and during the day. Barbara was appointed by Donald Trump in 1980 to manage the construction of Trump Tower. She’s worked closely with the now US President and has witnessed him change over the years from businessman to celebrity to politician. 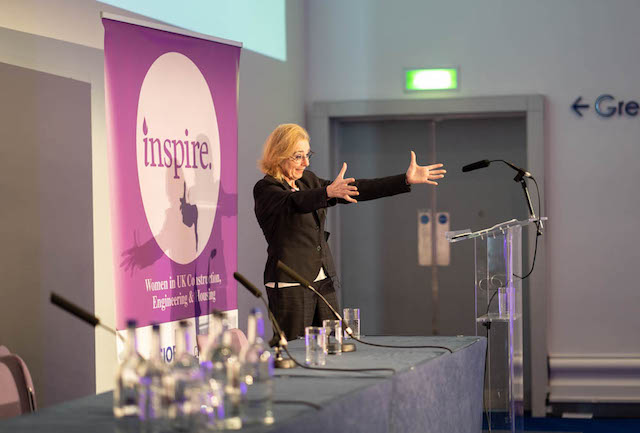 During her presentation at Inspire Summit, Barbara explained the difficulties she faced as a young woman in the 1970s and 80s who had chosen the male-dominated world of engineering and construction as a career. She spoke of being told during one of her first jobs by one of her male colleagues that “women weren’t allowed on site” because “their hair is not conducive to wearing hard hats – and their clothing, especially their shoes, won’t work with construction.” 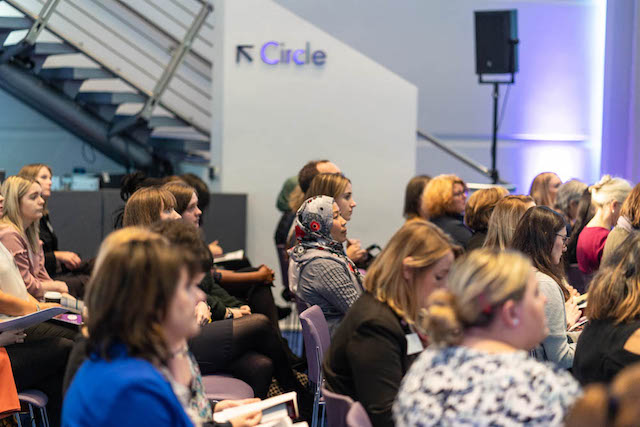 She went on to explain how she was eventually noticed by Donald Trump thanks to her work on a hotel project, who said he wanted her to manage the construction of Trump Tower. Barbara said: “I was better than the others, and that’s the truth. I went into meetings and told people they were wrong and that we’re not paying for this. Trump loved it. When he hired me he called me a ‘killer’. And that’s what he wanted. He hired me to build Trump Tower. He told me that men were better than women, but a good woman was better than 10 good men. He thought this was a compliment.” 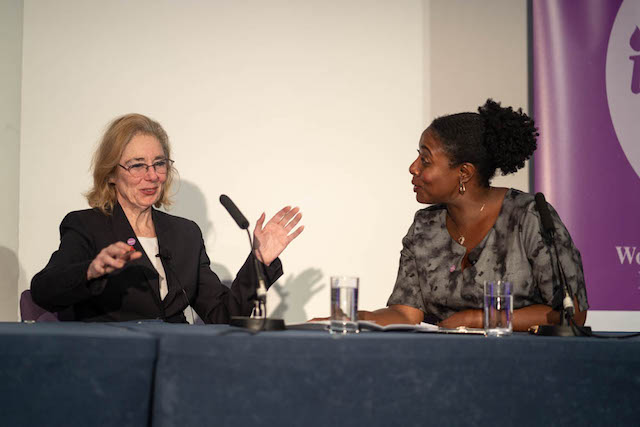 Barbara offered an insight into why she thought Trump hired her rather than a man. She said: “Women had to prove themselves, which is not much different to today. Work harder, work smarter – and guess what, for less money. I was paid less than a man would have been paid in my position.”

After years of working alongside Trump, Barbara finally left when she said he turned on her. “Trump – he’s like how you see him. He respected me – he knew if he turned on me, I’d quit. But one day on a project he made a decision that I disagreed with. In front of all the partners, he started railing against me, blaming me for everything and I jumped on him. But after that, it was over. I told him he didn’t need me on the project and I quit. That was the end of me working with Trump.”

But despite working on one of the world’s most iconic buildings, Barbara still felt that being a woman held her back in construction. She said: “When I left Trump Tower, I was at my peak. You’d think companies, after seeing my experience working on Trump Tower, would come running to me. But I was still a woman. And that still held me back.”

During her talk, Barbara talked about the everyday sexism she experienced while working in the industry. From crude posters on the wall to being called names, and from men urinating in front of her to being verbally aggressive, Barbara explained there were many times she felt harassed while working in the industry. She ended up internalising the comments and environment, and it impacted the way she lived her life.

Barbara said: “That harassment, that hostile environment changed me. I went to Catholic school, you couldn’t say curse words – you’d get soap in your mouth. In construction, cursing is in every sentence. I had to make a choice – am I going to talk like that or am I going to say they can’t talk like that around me? And I adopted the way they talked. I had to do this, that was a big change to me. Other things – the way I dressed, the way I thought about myself, it was all affected. I would blame myself for things. When a guy tormented me, I’d believe it.”

When asked if she thought the US president had done anything to help the cause of women, Barbara said: “No. He hasn’t done anything to advance the cause of women. Many of the issues that you don’t necessarily think of as women’s issues, but are – like healthcare, because at the end of the day we end up responsible; immigration, because it’s families that he’s separating and that falls on women; minimum wage, because most minimum wage workers are women. Abortion, reproductive rights, birth control, are all things he’s against. He’s done zero for women.”

Inspiring women and the next generation into construction, engineering and housing

Now in its second year, Inspire Summit is an annual conference and exhibition that brings people working in the construction, engineering and housing sectors together to explore how to make the industries more diverse and inclusive. The aim of the event – which was sponsored by Chartered Institute of Building, Galliford Try Partnerships, Redrow, Wates and Women in Roofing – is to drive solutions to help strengthen and future-proof the industries. 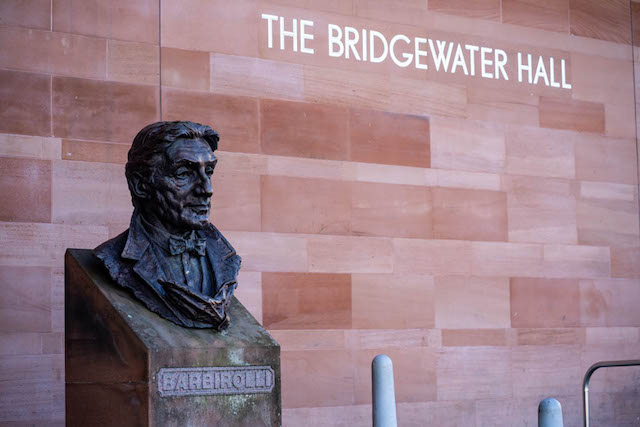 The day included a busy schedule of engaging presentations, thought-provoking panel discussions, lively debates and hands-on activities for businesses and organisations, as well as sessions specifically targeted at students and apprentices. Topics covered issues such as the business case for gender parity, flexible working, the importance of role models and the gender pay gap. 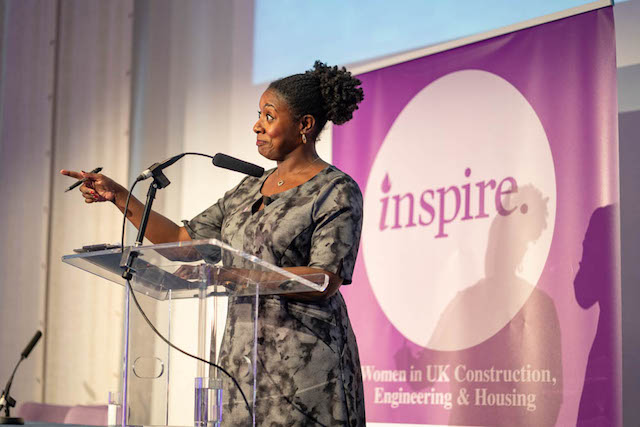 Journalist and broadcaster Marverine Cole hosted the conference, with other speakers including: 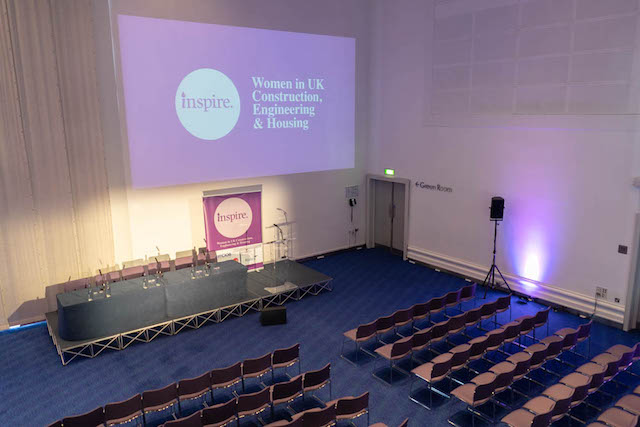 As well as a great opportunity to hear from lots of inspiring people during the day, we also got to meet lots of the delegates to chat about PR and marketing too. Thanks to everyone who stopped by our exhibition stand and had a go at #UnhookaDuck! 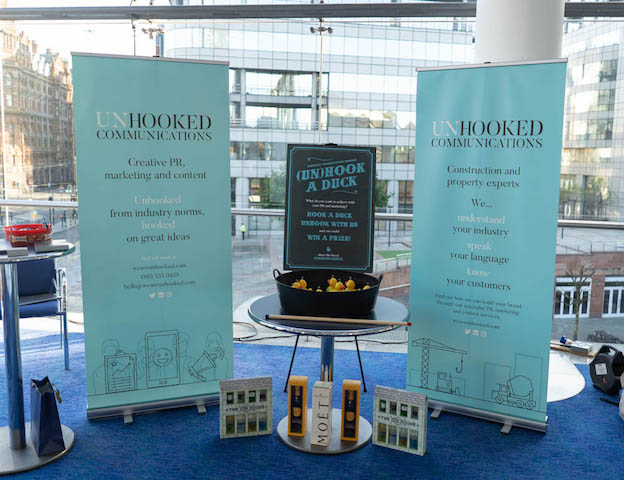 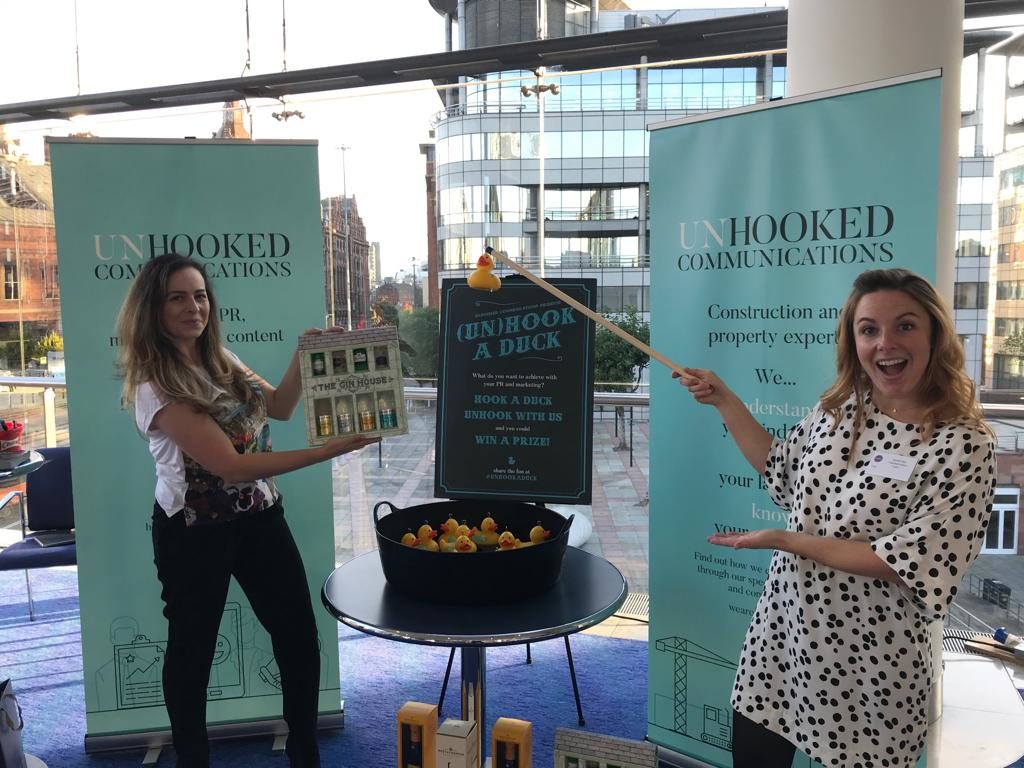 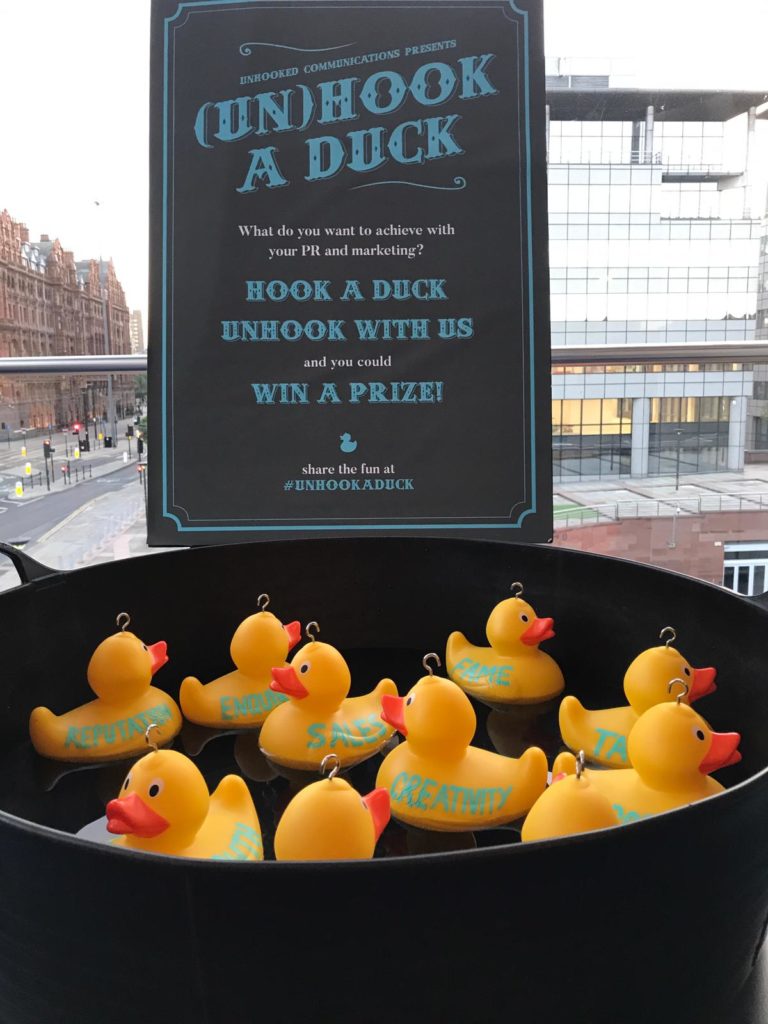 Do you work in construction and have some good news to share about what you’re doing to help diversify the industry? Contact  Unhooked Communications today to see how we can help with your PR and marketing.