To predict PR trends 2018, we first of all need to look back at 2017. From a media and PR point of view, 2017 has been a year of deafening noise. Fake news, terrorist attacks, Grenfell Tower, sexual harassment, Brexit, the threat of nuclear war… it’s been a year of confusion, heartbreak and anger.

The news and accompanying views have come thick and fast all year and with what seems like ever-increasing toxicity. Facts have lost out to opinions, opinions have become more extreme, and the extreme has found its way into the mainstream. From politicians to celebrities, the people and stories making the headlines have become more absurd and worrying as the year has gone on.

And with some traditional publishers struggling to evolve quick enough to keep up with the transforming media landscape, we’ve seen more titles closing and journalists facing redundancy.

New, unregulated and often radical media outlets are finding their way to the forefront, emphasised by social media algorithms and echoes of lies and propaganda in mainstream media outlets in their bid to generate viral content and increase clickthroughs to appease their owners, advertisers and stakeholders.

But we’ve reached saturation point, and 2018 will mark a shift in attitudes and approaches in the media and communications to counteract this ugly din. 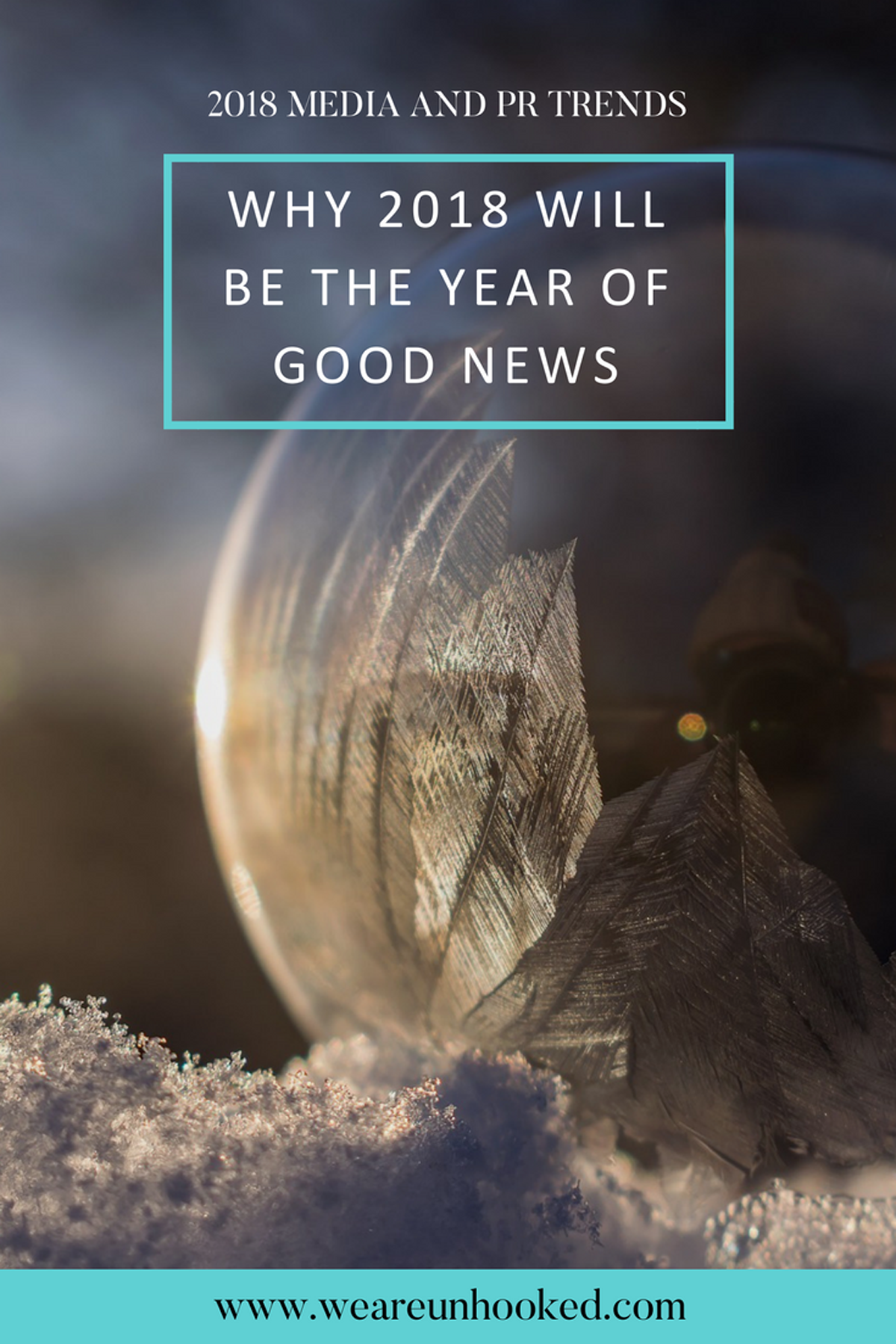 Looking ahead to PR trends 2018 – the year of good news

Instead of giving attention to those who shout the loudest and hold the most extreme point of view, 2018 will finally see the spotlight shine on the good guys and good news stories.

Businesses in general are stepping up their game – it’s no longer about just making money. Consumers and fellow businesses want to buy and engage with those who play a positive role in their local communities, the economy, society and environment.

And we’ll see more and more opportunities in the media for individuals and organisations who aren’t just talking about doing good, but are actually doing good. Those who are creating and not just destroying, giving back and not just taking, helping and not just hurting.

This trend won’t simply occur because we need some relief from the terror, scandals and injustices. It will happen because there is actually good out there – and we’ll feel the need to talk about it more.

We’ll also see people realise the importance of unbiased, ethical and transparent media, with stories and features run by trained journalists who adhere to a code of conduct.

And it won’t just be the media who work to prove their worth – PRs and marketers will have to show they work ethically and openly too.

Whichever point of view we look at it from – business, the media, marketing or the public – next year will be a year of change. A year where we all take responsibility for working, communicating and consuming in an ethical, transparent and sustainable way.

It’s time for some good news and we’re all responsible for making that happen. So here’s to a year where good trumps bad.

If you want to talk about how to get your good news heard, get in touch.