Gareth Southgate, his dapper waistcoats and noble nature won the love of football fans and non-fans during the 2018 FIFA World Cup.

We’ve had #SouthgateMemes, #WaistcoatWednesday and #GarethSouthgateWould – with individuals, businesses and brands creating and sharing content.

There’s only one OG when it comes to #WaistcoatWednesday… pic.twitter.com/YC98F6ZC7U

“Not all heroes wear capes” – Couldn’t be more apt today. Like and retweet to show your support to Gareth and the boys ahead of tonight’s game #itscominghome #waistcoatwednesday #itscominghome pic.twitter.com/nkerY8vqVx

#GarethSouthgateWould continue singing the “awimbawe” part while you moved onto singing “The Lion Sleeps Tonight” melody.

And the love for the England manager hasn’t just been restricted to social media, as we’ve seen a huge spike in online searches for Gareth Southgate over the World Cup period.

Gareth Southgate and the media – which publishers scored with the best content?

In the battle for clicks, shares and dwell time, the world’s media jumped on the Southgate bandwagon to produce news stories and content. But which publishers came out top?

What can PRs and marketers learn from Gareth Southgate news?

Real time marketing and trending news offer loads of opportunities for PRs and marketers working with a range of brands and businesses. So what can we learn from the top 10 most engaged with news stories about Gareth Southgate? 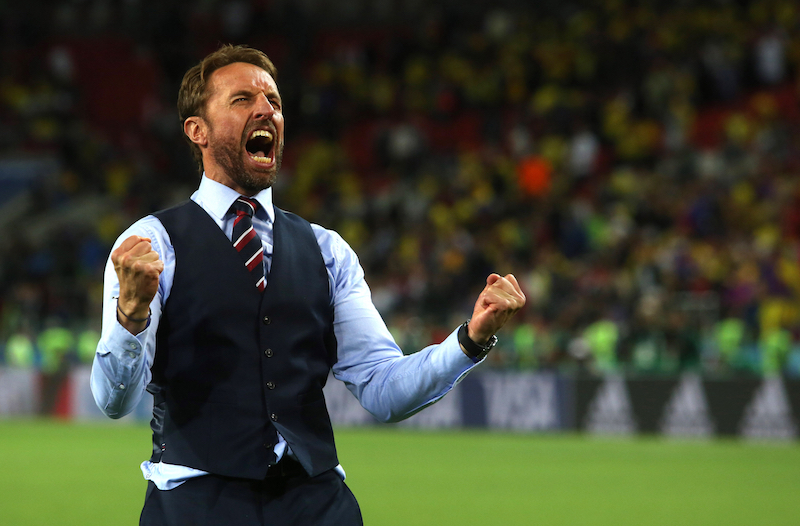 Article Name
Gareth Southgate – PR, social media and marketing lessons from England's manager
Description
Gareth Southgate won the hearts of the nation during the 2018 World Cup. As football fans and non-fans tweeted and searched online for news and content about the England manager, it was a prime opportunity for media outlets to reach a wide audience. But which publishers scored with the best content?
Author
Claire Gamble
Publisher Name
Unhooked Communications
Publisher Logo