Unhooked Communications teamed up with Ziferblat MediaCity to host a coffee morning for freelancers and small business owners on Thursday 8th March 2018 for International Women’s Day.

As well as a chance to meet other freelancers and small business owners, the event provided a platform to discuss the gender pay gap faced by self-employed workers. 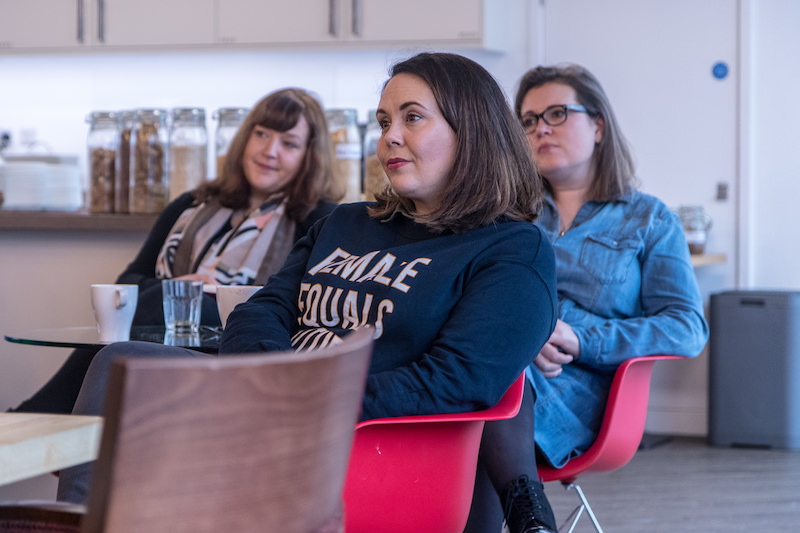 Self-employment is the future

There are two million freelancers in the UK, according to IPSE, and 41 per cent of these are women. Working mums represent the fastest growing demographic of people who are going self-employed. One in seven freelancers are working mums – and this figure is rising. Between 2008 and 2016, the number of mothers working as freelancers increased by 79 per cent – nearly double the rate of increase in the freelance workforce as a whole. 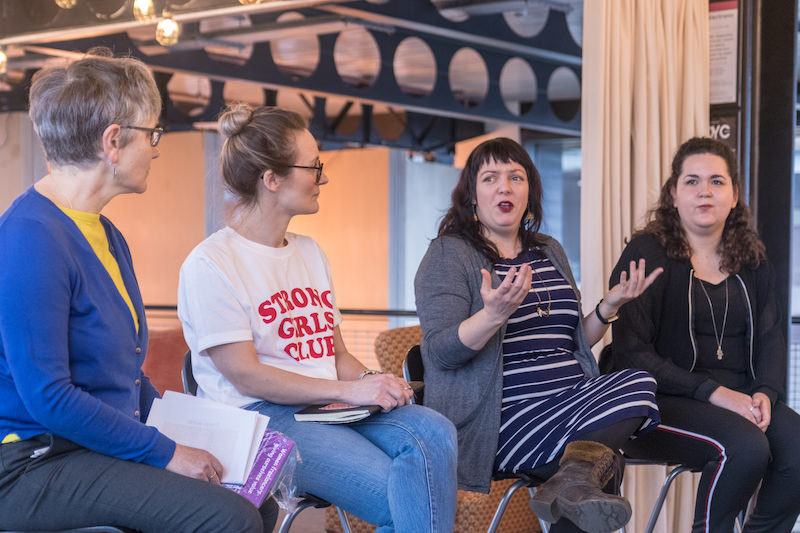 And it’s no surprise that women – specifically working mums – are turning their backs on traditional employment to start their own small businesses or work as freelancers.

The typically 9-5 doesn’t suit a lot of people, especially when you have a young family to add into the emotional and logistical mix of day-to-day life.

With technology meaning we can work from anywhere and at any time, combined with too many businesses struggling to offer a truly flexible solution that can help all employees – not just parents – achieve a better work-life balance, hundreds of thousands of people are taking their career destinies into their own hands.

But even though self-employed workers are supposedly in control of their own jobs and able to set their own rates without being reliant on a boss or company to promote them and increase their salaries – women are still facing the gender pay gap. 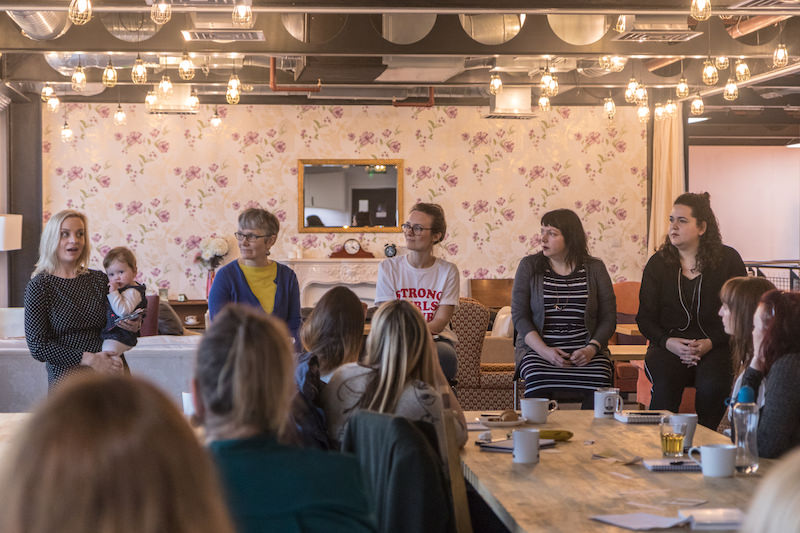 And in some cases, it’s worse than the average gender pay gap for employed workers, which in April 2017 was 9.1 per cent.

According to the ProCopywriters Survey 2017, the gender pay gap for copywriters is 29 per cent.

Additional figures from YunoJuno show it’s a similar story for creative freelancers – for example, art directors and creative directors – with women earning an average of £308 a day, compared to men who make £350 a day on average.

It’s a similar story across the Atlantic in America, where the freelance community stands at 55 million people – 35 per cent of the US workforce. HoneyBook analysed the data from 200,000 invoices and found women who own creative businesses – such as copywriting, photography, graphic design, events – earn 32 per cent less than men, making an average of $30,700 annually compared to men who earn an average of $45,400 annually.

As someone who has freelanced for four years and recently set up their own business, I’ve only just discovered that self-employed workers face the gender pay gap. The difference in women and men’s pay and the glass ceiling are widely reported in terms of the traditional work setting, but not so much for freelancers or small business owners. 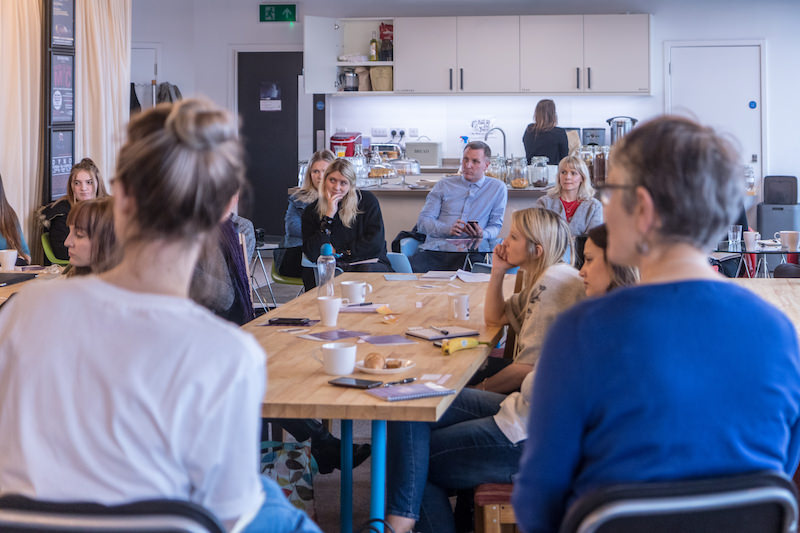 And it’s something I don’t think a lot of people realise. According to further statistics from HoneyBook – 63 per cent think female and male freelancers are paid the same. But they’re not.

The first step is to realise there’s an issue. After all, how can we address a problem if we don’t even realise it exists in the first place? Then, we need to explore why self-employed workers face the gender pay gap – and look at ways to resolve it.

This is why we held a coffee morning to highlight the issues and discuss them.

We were fortunate to be joined by four women who have experience of running their own businesses, HR issues and business advice. 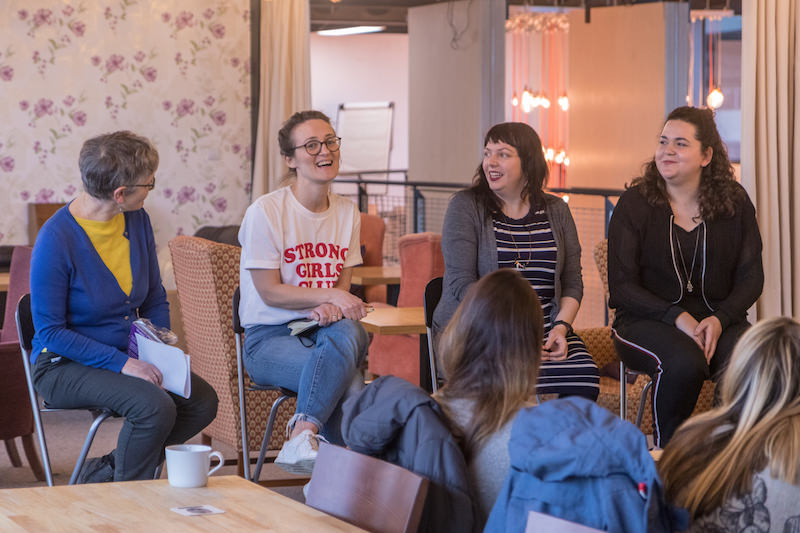 Katy Carlisle | Katy has been self-employed for over four years, and through her business The Wheel Exists, she helps freelancers and charities to create websites using Squarespace. She set up Freelance Folk in 2015 to provide a way for people who are self-employed to meet and chat with other freelancers through popup co-working sessions at Ziferblat. In 2017, Katy was awarded the IPSE Freelance Ambassador of the Year award for her work within the freelance community.

Sara Benaissa | Sara is a Mancunian writer who focuses on technology, urbanism, northern spirit and the modern multi-cultural Zeitgeist. As a freelancer and owner of Fraiche Ink, Sara works with local start-ups, social enterprises and larger B2B organisations who all have a sustainable, ethical or futurist mindset. Sara has an international background in communications and marketing, splitting her time between Manchester and Paris. She also writes poetry, short stories and runs a local writing workshop and creative networking group in East Manchester.

Ruth Bigger | Ruth is a business and life coach who works with individuals looking to make changes. Ruth helps individuals, including women, to understand their value and helps them develop tactics and strategies for pricing their work, negotiating and appreciating their own worth. Ruth has completed an intensive four years coach programme at the Institute of Psychosynthesis in London and is currently completing my Postgraduate Diploma in Organisational Coaching.

Helen Bryce | Helen is the founder of Guilty Mothers Club and a freelance HR consultant with ten years’ experience in training and development – specifically leadership and talent management. After experiencing firsthand the challenges of combining a family with a career, Helen left the corporate world to start Guilty Mothers Club two years ago and has since supported over 90 women in making a career change and more than 400 with development on topics such as organisation and returning to work after maternity leave. She has three children, is a proud Northerner and is never far from a cup of ridiculously strong builders tea. 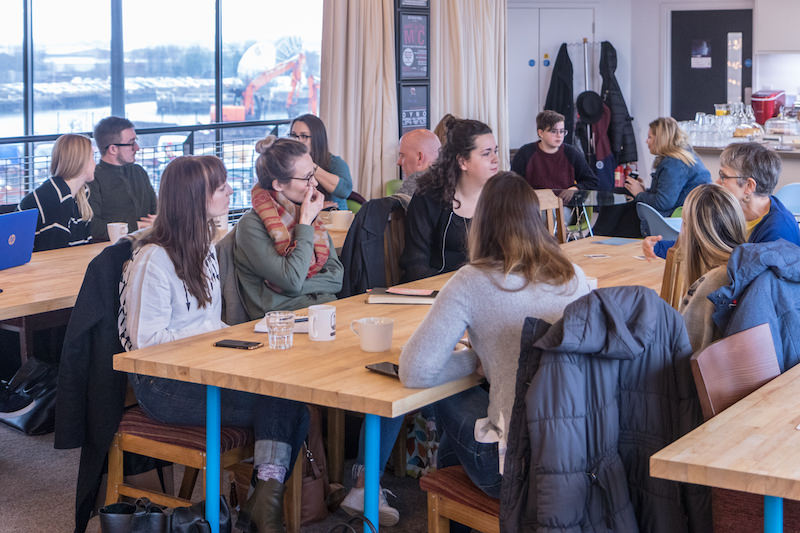 It was a great event with a lot of interesting insights, thoughts and stories shared between the speakers and the guests.

Thank you to everyone who came and looking forward to seeing some of you at our next PR, marketing and business events.

Thank you Mark Butler, Bamboo MCR, for the images. 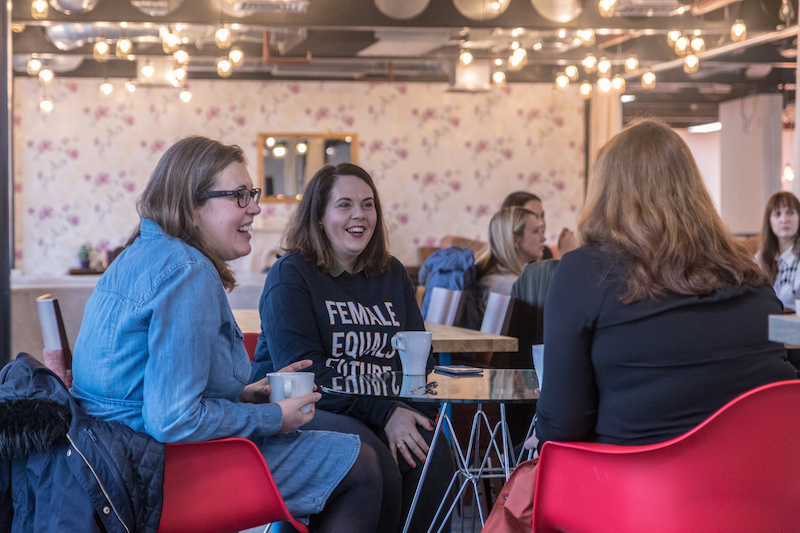